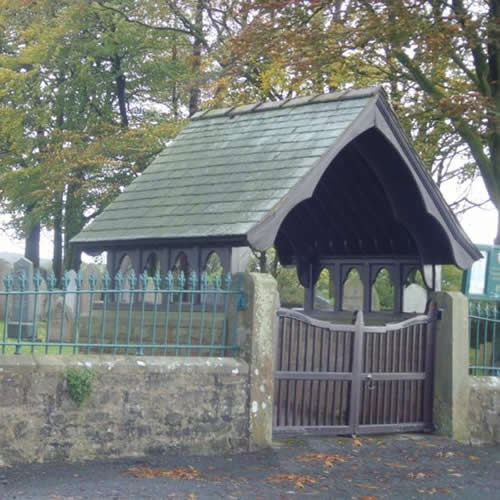 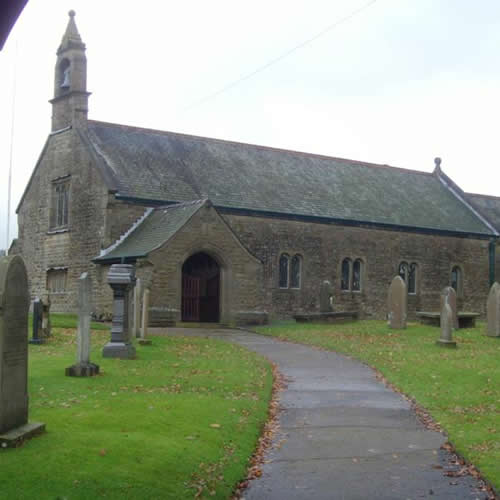 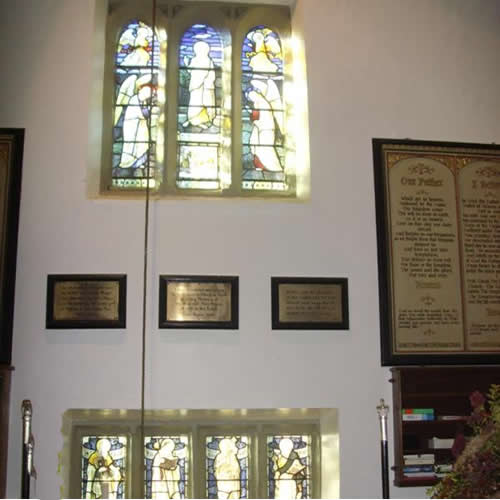 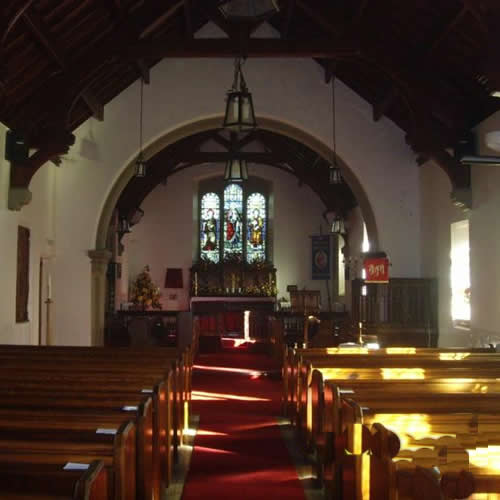 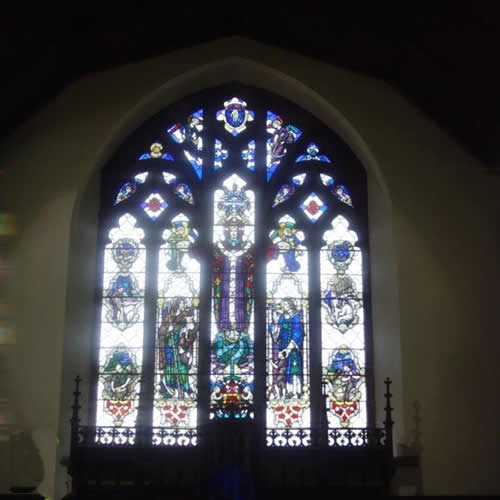 The church of St James, Whitechapel, is set just below Beacon Fell, an area of outstanding natural beauty, and is probably built on the site of the private chapel of the Threlfall family of The Ashes farm at Goosnargh where services were recorded in 1581.

In the same year Alexander Hoghton removed the bell from the building, promising to replace it when needed. It was not until 1728 that his descendant, Sir Henry de Hoghton (of Hoghton Tower) was asked for its return. But he argued that, having no tenants in the Goosnargh area, he had no obligation to do so. He did, however, give the sum of 10 shillings for a new bell.

The church today consists of the nave which has a single aisle with plain pews, a narrower chancel, a south porch (1930), and extensions for the vestry hidden away on the north side. The topmost parts of the bell cote may be from the C18 church. The woodwork of the church includes an oak communion table and altar rail carved by a former incumbent, the Rev. T. Benn.

The west wall has two windows from an earlier church, the upper one has three round-arched lights with vestigial tracery. The low-level window below has four rectangular lights. The windows are hard to date as the style was frequently used from the 1500s until the 1700s, but it is likely they are from the C17 building.

In the east wall is a window with glass by the same firm that designed some of the windows in Longridge St Lawrence Church, and depicts Christ as the Good Shepherd, flanked by St Stephen and St John. A window in the south wall of the chancel is dedicated to Alice Roper, a member of a family that helped finance the restoration of the building.